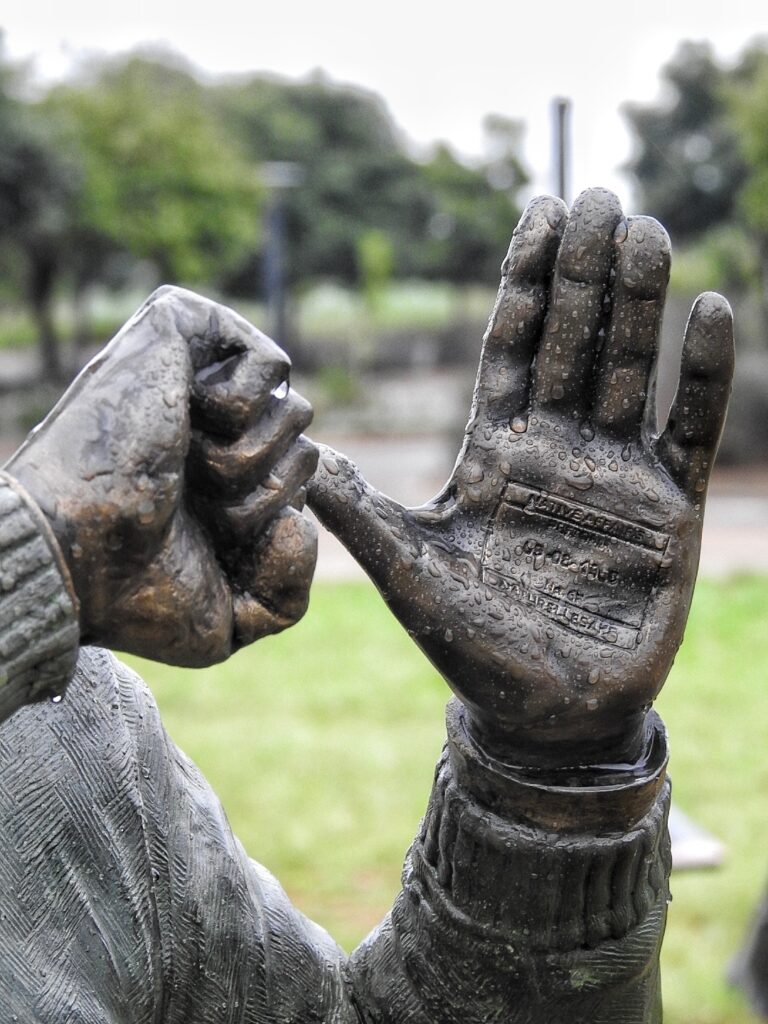 Maropeng: The Long March to Freedom 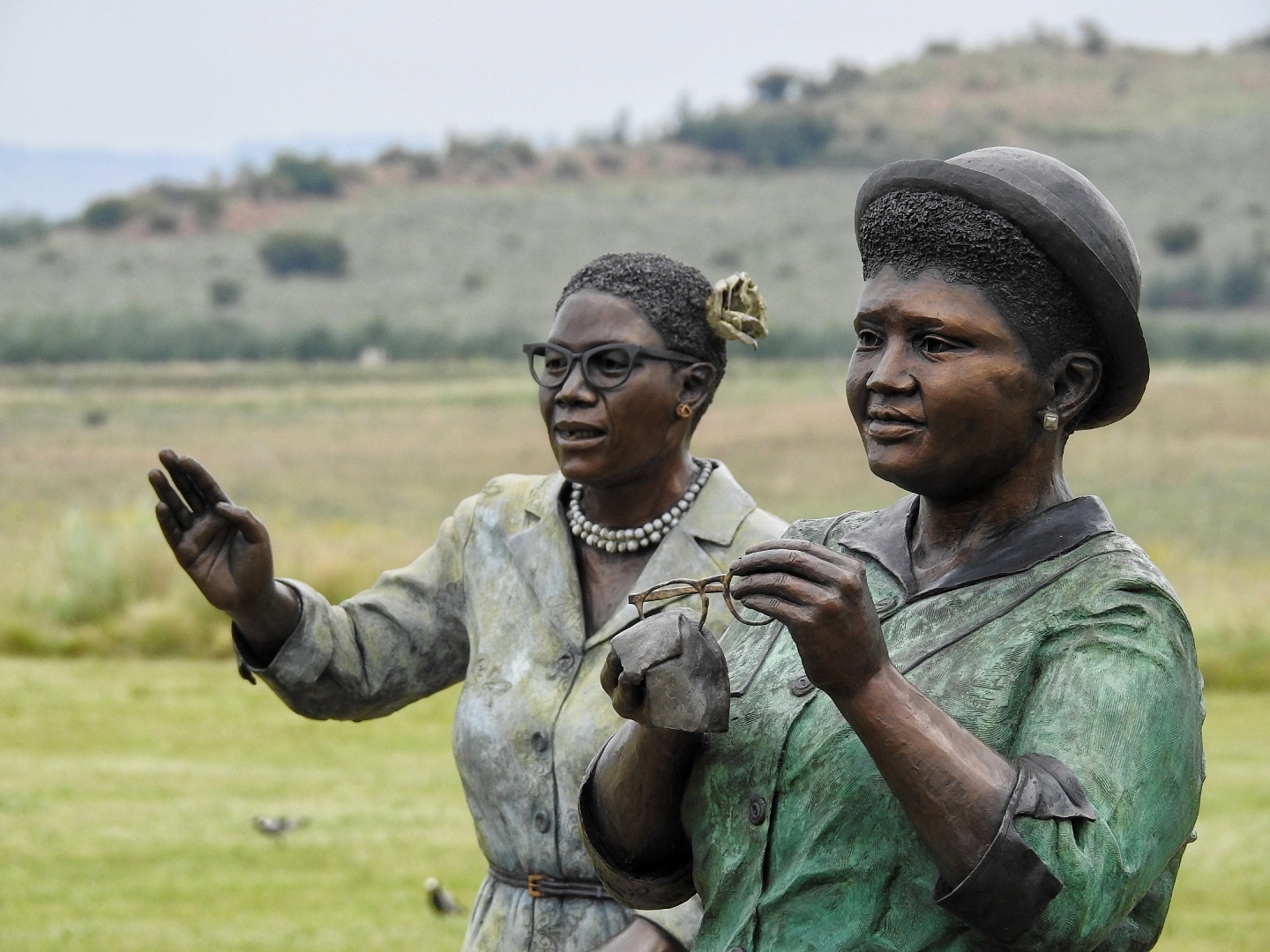 Maropeng: The Long March to Freedom

As you approach the Long March to Freedom exhibition, situated at the entrance of Maropeng’s visitor centre, your eyes play a game of ‘spot the humans’ with you as you try to figure out who is real and who makes part of the exhibition of the largest representational collection of bronzes in the world.

On an open field next to the parking lot, 95 statues all walk in the same direction symbolically towards freedom; some on foot, others on horses, one on an ox and Sol Plaatje on a bicycle with a typewriter on the back.

Beyond the grave his father spoke to him and said, “Don’t do it for me, do it for all of them.”

Bright colours, flowy dresses and a voice or camera shutter here and there make the ‘spot the (non-bronze) human’ game a bit easier on the eyes but just when you think you’ve made the distinction between human and once-upon-a-time human, something moves.

And then, a few seconds later, another something (that you thought had a heartbeat) stays put; it doesn’t move and you are back to square one of figuring the figures out.

You bump into someone, profusely apologise and realise that it was Saul Msane, and later, the same happens when you meet the formidable Annie Silinga face to face.

You begin to study each and every life-size and very much life-like statue and see the hidden details carved and formed by talented local artists; there is detail from head to toe, from facial expressions to body language, from the early 1700s all the way to the 27th of April 1994. The bright colours, flowy dresses and a voice or camera shutter here and there fade away as you share a glimpse of those who paved the way to humanity, to freedom, to education, to women’s rights, to ubuntu; and you’re stuck in a moment in time where history is here and now, a moment where history is alive, a moment where the Long March to Freedom history is part of everyone’s journey, everyone’s history.

“Our dead are never dead to us until we have forgotten them. Let’s keep them alive by remembering them.” – Dali Tambo

The idea of the exhibition came to mind when Mr Dali Tambo visited his father’s grave (Oliver Tambo), and said to his late father that he wanted to erect a statue in his honour.

Beyond the grave his father spoke to him and said, “Don’t do it for me, do it for all of them.”

The Long March to Freedom is an educational exhibition of life-size bronze statues in Maropeng (Cradle of Humankind) to commemorate the lives of those who played a role in South Africa’s freedom and the journey to democracy; it is just a short drive from either Johannesburg or Pretoria and can be done when visiting the Maropeng Visitor Centre, as well as the Sterkfontein Caves.

There are currently 95 statues, with Winnie Madikizela Mandela’s statue – by artist Tania Lee and Christina Salvodli – as the newest addition which was unveiled on the 14th of February 2019 by Mr Dali Tambo. The plan is to grow the Long March to Freedom exhibition into a procession of more than 400 bronze statues over time.

The Maropeng Visitor Centre is an award-winning, world-class exhibition which takes you through the journey of time; from the ice age to the time of homo naledi, to what the future might hold. There are educational exhibitions on humanity and sustainability, some interactive and some with hard-hitting and thought-provoking questions for our future pulling you into the world as we know it today.

Tours are self-guided (but there are guides available upon request), and it is open from 09:00 to 17:00 daily with the last boat (which will take you through the formation of the planet) departing at 16:00. There are gift shops and a take-away restaurant at the entrance, and another restaurant at the visitor centre.

The Sterkfontein Caves is a world-renowned site for fossil finds with modern walkways and a boardwalk past the excavation site where globally acclaimed fossils – such as Mrs Ples and the Australopithecus skeleton which dates back to more than three million years, Little Foot – have been discovered.

Sterkfontein Caves is about an hour from Johannesburg and just 11 km from Maropeng Visitor Centre, there is a restaurant on site (as well as conferencing facilities) and it is open from 09:00 to 17:00 daily with the last tour departing at 16:00.