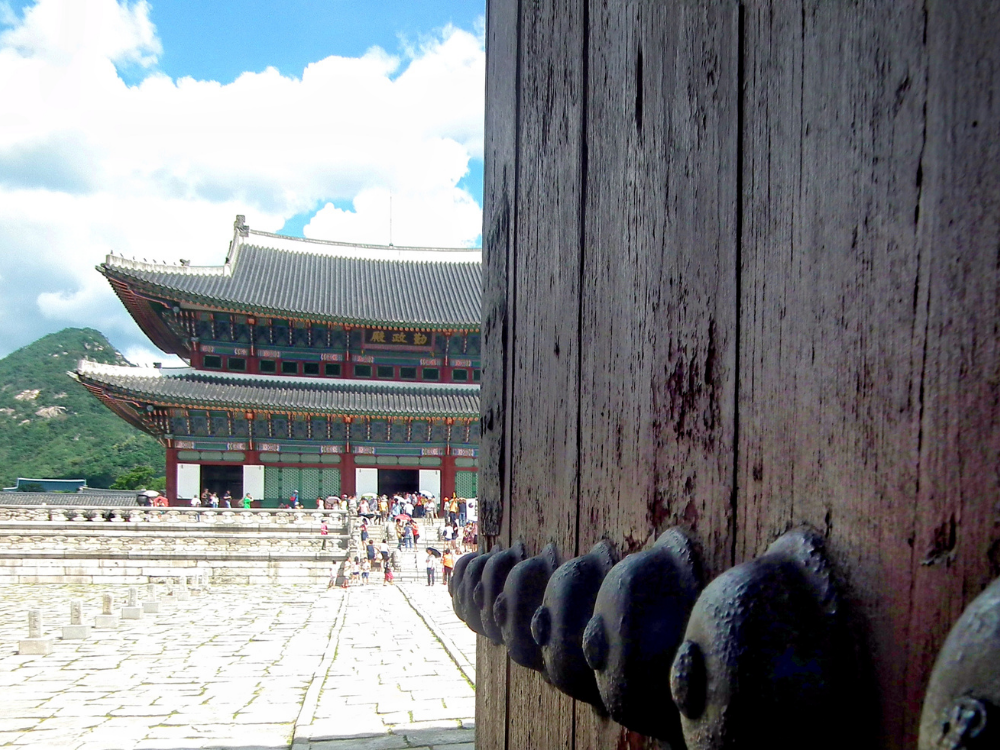 Pack away the international driver’s licence, step off the crowded bus and escape the metropolis’ traffic by picking up a map of Seoul’s subway. It has over 500 stations and is one of the easiest and fastest ways to navigate your way through the city. Travel back in time to the Joseon Dynasty as you experience intricate royal Korean architecture from 1395 at Gyeongbok Palace (Gyeongbokgung Palace Station, Exit 5). Stick around for the guard changing ceremony at the entrance (three times a day) before you make your way to the cobblestone alleys of Insadong (Anguk Station, Exit 6) for a fix of traditional art and culture. Duck into one of the alleys for a meal or reminisce about a bygone era at Chatjip, a traditional Korean tea house, over a cup of steaming Omija Cha – the tea with five flavours.

As you leave the past behind step into Korea’s military history at the War Memorial (Samgakji Station, Exit 1), the largest of its kind in the world. Here you’ll get a glimpse of Korea’s heartache and victory, from the Japanese Colonial rule to the Korean War, through powerful exhibitions and displays. Later, head over to the bustling Namdaemun Market (Hoehyeon Station, Exit 5) and make your way through the shopping maze. Treat your senses to the market’s sights, smells and sounds, and taste local food like gimbap, tteokbokki and mandu at one of the many street food stalls.

Get a glimpse of Korea’s heartache and victory, from the Japanese Colonial rule to the Korean War, through powerful exhibitions and displays

After a day of exploring, kick off your shoes and dip your feet in Cheonggyecheon (Gwanghwamun Station, Exit 5), an 11km-long stream that runs through downtown Seoul. It hosts the annual lantern festival and is popular with couples. You’ll spot them walking its length with interlinked arms. Put your walking shoes back on and get to the heart of Seoul’s cultural heritage on a free walking tour. Choose your course and traverse Cheonggyecheon Stream, along fountains, wetlands and museums, under the watchful eye of the megacity’s towering skyscrapers (book at: +822-397-5908).

Take the subway to Hongdae (Hongik Station, Exit 5) if you want to meet the hip side of the city. Here self-expression can be seen in the unique fashion, quirky cafés, urban arts and the underground indie culture.

Must Do in Seoul

Get a bird’s eye view of the city from Namsam Tower (Myeongdong Station, Exit 3), the highest point in Seoul at 236m. Discover nature along the Han River, one of South Korea’s longest rivers, on a rented bicycle. Enjoy the ever-changing scenery, cool down in one of the parks and catch your breath at Noeul Café (Ichon Station, Exit 4) for a sundowner.

When visiting Seoul (and the rest of South Korea) buy a local sim card (or opt for roaming), because when you’re stuck in a rut you can call the 24-hour English helpline on 1330. You can ask just about any question, from bus times and subway connections to information about attractions. They can also translate for you.